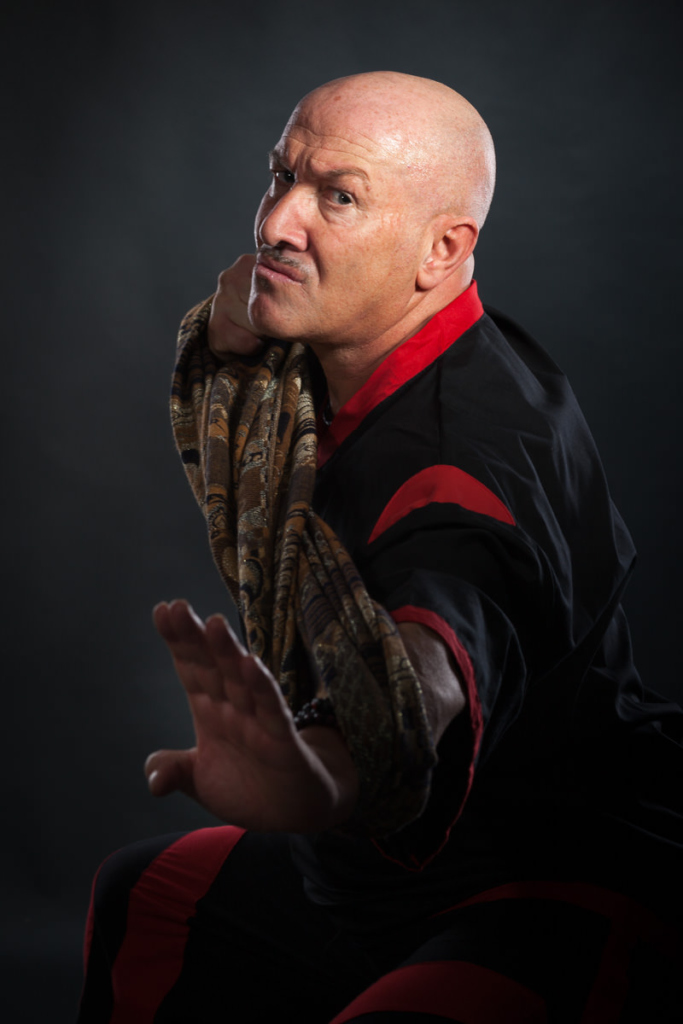 The Sarong is a garment that is wrapped around the waist that looks like a long skirt. The Sarong is worn by Indonesians in everyday life as a clothing and uniform, is used to carry items and even used as a blanket.

Today, having the sarong over your pants is a sign to identify with the Indonesian culture; for the practice of martial arts, traditional costumes were also re-introduced to distinguish the different schools in the event of competitions or demonstrations to the public. Since most Indonesians generally have a Sarong it was decided to develop an effective self-defense system based on its use. In the Silat Sarong are included techniques of loss of balance, whipping and choking weight maneuvers.

In the Minangkabau area, for example, it is essential to have the sarong on top of the trousers and wear a hat. Sometimes, in addition to using it to wrap around the waist, he wears another one sewn at the two ends and slung over his shoulder from a shoulder to the opposite side, which in the event of cold is opened by wrapping and repairing both shoulders. Perfected in the early 1970s, the techniques of this art have been honed for an exact science over the years.

In practice, when a practitioner feels comfortable with the sarong closure application, he moves on to the next stage .. with suffocation techniques. The apex of the technique seems to be to be able to take the hand with the sarong and consequently wait to trap the other. You will then have the immobilized opponent, as if wearing handcuffs.

When a sarong practitioner becomes proficient, he has the ability to eventually learn to hit with it with devastating effect and quickly to block and subdue the opponent. Do you think that in some circumstances the sarong is taught wet, because the water increases the weight and the effectiveness is remarkable.

In fact, some professionals of the system, inside the sarong, wrap needles or small knives, when it is a life situation or of death, it is an attempt to increase the efficacy for its own safeguard. In addition to the classic sarong in many schools there is the defense with the sarong. While a sarong is better known as a traditional skirt, it is worn as a Silat band, the pareo is used to choke, intercept and trap opponents.