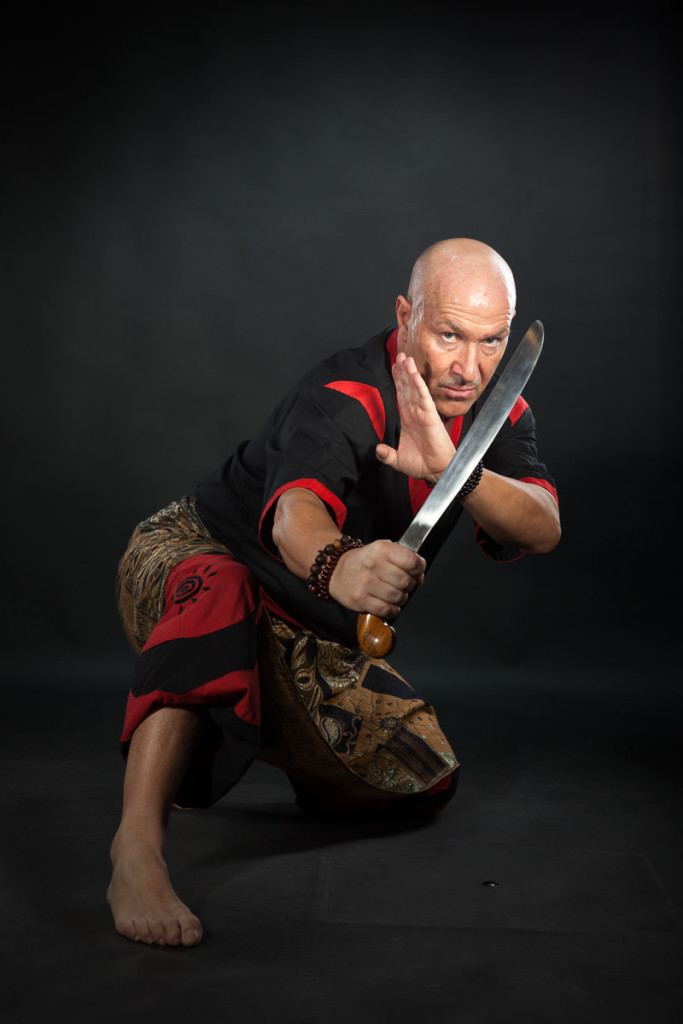 The Golok is a cutting tool, similar to a Machete, which is available in many variations and is found throughout the Malay archipelago. It is used as an agricultural tool, as well as a weapon. The word golok has Indonesian origins, but it is also used in Malaysia and the weapon is called gulok in the Philippines. In the Philippine islands the most famous machete, at least for its use in martial art, is called BOLO; while in Indonesia it is called PARANG O GOLOK. The weapon has very strong symbolic significance in Indonesian culture: it represents the courage and value of the warrior. The machete can be classified as a sword, since it can be used in the same way. From an early age one begins to become familiar with this dangerous but at the same time useful tool, both to make its way through vegetation and to defend oneself from animal or human predators.

The shapes and sizes vary greatly and even the style in using the tool in the martial art; however today, more than yesterday, with the ease of circulation of men and information, it is easier to find systems, which have mixed together and perhaps differ more in form than in substance. It came to the fore with jungle fighting systems that is, techniques of assault on the white weapon in the jungle or in the hostile Asian campaigns, the machete has gained a place of great importance in the arts of Southeast Asia first, then in the special departments of the army like those of the USA, trained by experts of the Filipino army, or even the English ones trained by the Nepalese Gurkas (just to give an example).

The machete is a formidable weapon for assault, especially in situations where even firearms are inhibited in expressing their real potential. The Philippine Kali and the Indonesian-Malay Silat have developed an excellent school to maneuver this kind of weapon with wisdom and effectiveness.