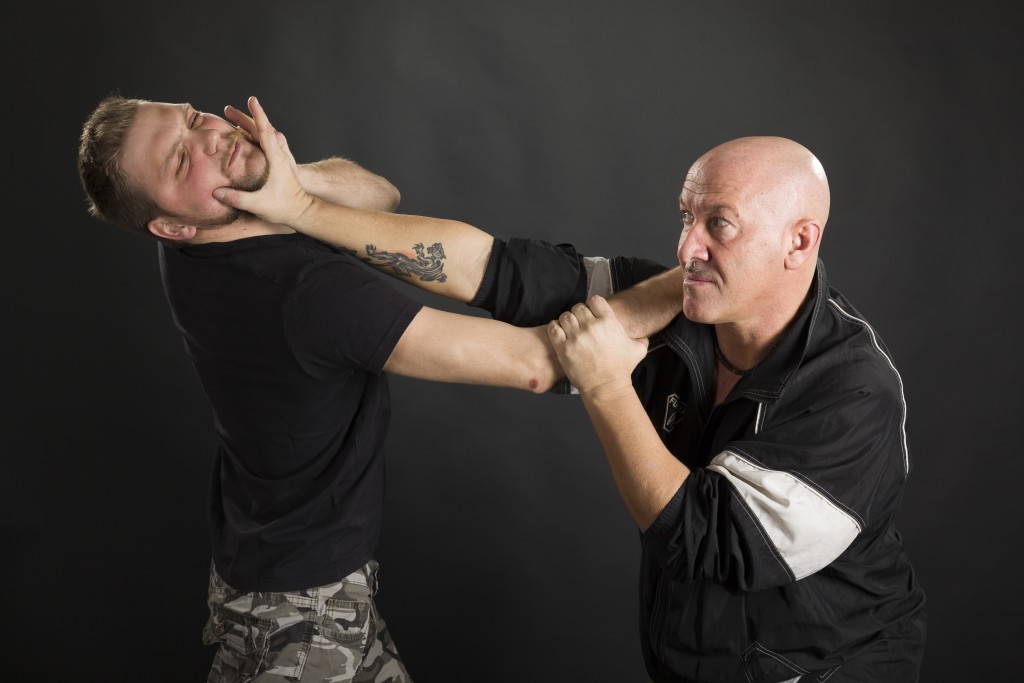 The perfect synthesis of the techniques of percussion of arms and legs, of protection, of joint levers, of particular positions of the body that aim to confuse and disorient one or more adversaries, even if armed. This system also contemplates the hypothesis of ground combat, using the concepts and techniques of the HARIMAU style or TIGER STYLE, known for its ability to exploit low positions and transform the land into a precious ally, in order then to use techniques of closure, blockages, lever and joint rupture, typical of Silat Harimau.

In this system, the model of the combatant’s movement derives from the behavior of the tiger (hence the name Harimau) … its being close to the prey, crouching, lying or sitting.

1. BREAKDOWN OR DAMAGE OF THE ARTICULATION: The lever can be considered as a sharp blow carried on the articulation of the wrist, elbow or shoulder with a strong push beyond the physiological articular limit. The objective therefore consists in impairing the functionality of the opponent with a lightning action that breaks the joints in two.

2. PROSPECTION OF THE OPPONENT’S  ON THE GROUND: In this case, subjecting the opponent to a joint lever, it is brought with gradual but constant pressure to the ground where it can be easily immobilized. The projection can also be violent, it is often the same opponent who throws himself, in order to avoid joint fracture.

3. MOMENTARY IMMOBILIZATION  FOR THE PURPOSE OF HITTING THE MAIN TARGETS: The lever can also serve as a technical device for opening the opponent’s guard in order to deal punches or football, or grab the aggressor in a fighting technique body to body.

4. DISARMING OF THE AGGRESSOR: Faced with an adversary armed with any blunt instrument or a cutting weapon, joint lever techniques are necessary in order to remove the weapon from the attacker effectively and in the fastest way and less risky as possible.

Sometimes the differences between the levers and locks, between one system and another, are so great that they do not even seem a bit similar. Some systems have specialized above all in the articular levers, others in the imbalances and in bringing to the ground the adversary to conclude the fight inspired by movements and strategy of a tiger, a python or a crocodile. Those of the Chinese Chinna / Qinna: grab and check / tie. As the Chinese counterpart someone associates it only to the levers, but as repertoires / study areas they quietly indicate also traps and controls where perhaps the articular key does not exist.