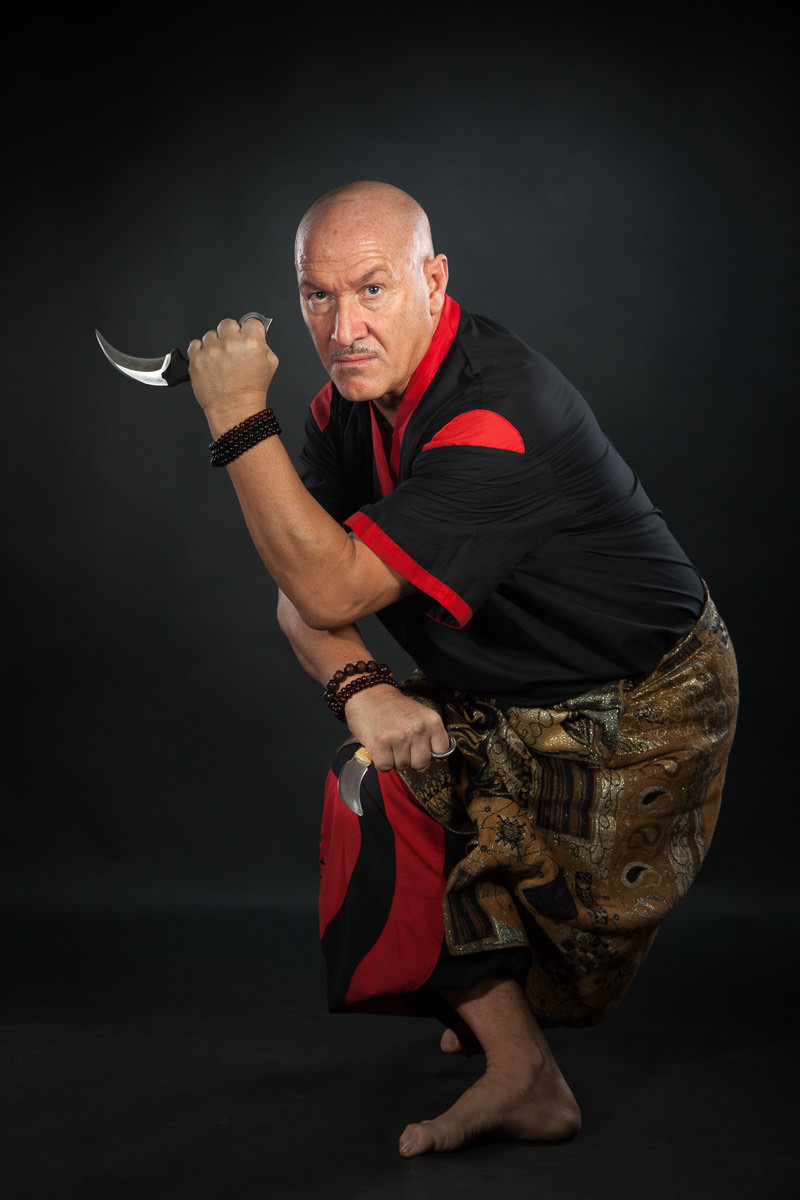 The karambit is a deadly weapon of small and medium size, a real combat knife, still used today and widely used in Indonesia. It is characterized by a curved blade reminiscent of a tiger’s claw.

It features a large ring or a hole at the end of the handle, so that a finger can be inserted to ensure a very firm grip. Because of the unique shape of the blade, karambit is actually one of the most dangerous weapons, if not the most dangerous, because it is designed to tear, just like the tiger’s claw, and like the tigers do … the throat is the main point on which the vast majority of techniques.

The Karambit was born as a utility knife in the Indonesian archipelago, with roots in Malaysia and the Philippines, and was probably a blade for agricultural use. Obviously this small tool could occasionally lend itself as an improvised weapon for self-defense against an unarmed opponent. Over time, its structure has shrunk dramatically, becoming a secondary weapon to the Indonesian lance and Kris. Moreover, suitable for close combat as a last resort, it was the custom of warriors to dip to the blade of the poison to make it even more effective. Karambit has extremely fast attacks, and those who master its technique greatly reduce the attacks of their attacker..

Since the weapon is small, it is fast, and usually distributed in a “slap” type movement and all in a circular fashion. Just remember that every slap carries a sharp piece of steel. With proper training, the Karambit can be a deadly weapon in close combat. The peculiarity of the Karambit lies in the characteristic half-moon double-edged blade capable of disarming the opponent and at the same time inflicting cuts on the arteries and tendons of the arms and legs from various angles. Another element that differentiates the Karambit from other white weapons is precisely the ring placed at the end of the weapon that makes it difficult to disarm from an enemy even if skilled.