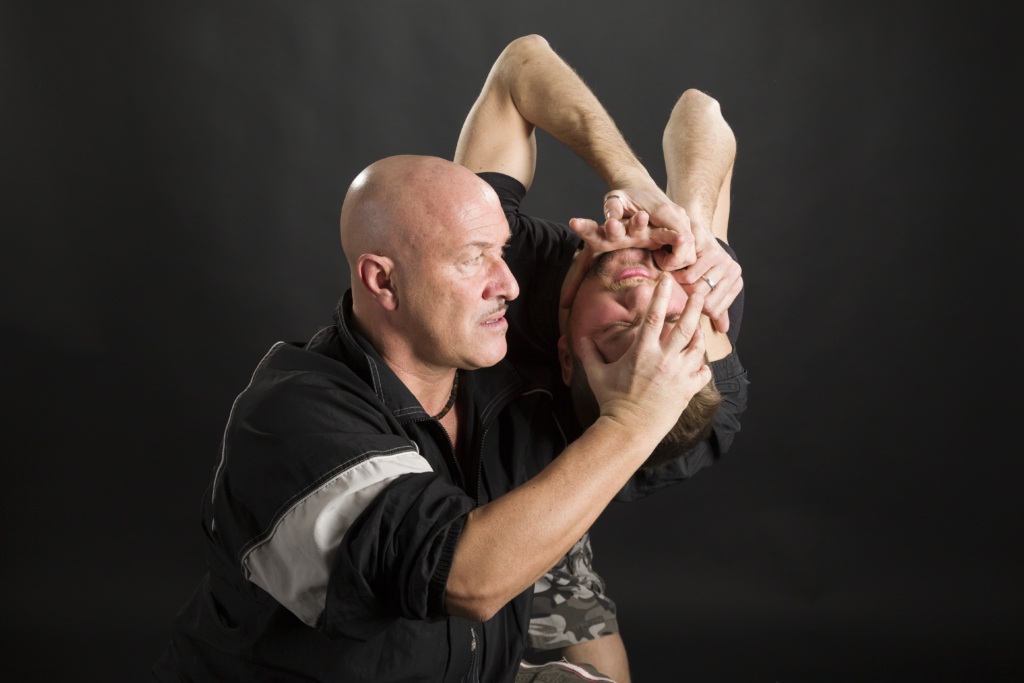 In the Kombat Silat there is also a vast technical repertoire in the field of standing barefoot combat, which covers both the clash between unarmed opponents, and the unarmed defense from armed attack, making it a combat and defense system among the most complete in the field of martial arts. Mainly we study the techniques of “Panantukan” which concerns the art of striking and defending using the upper limbs: punches, elbow, forearm strokes or with an open hand are the arsenal of techniques used in what in the west it is also called “Filipino boxing”.

FIRST ASPECT: In our system, in addition to the blows, all the “defensive” techniques, such as the “parry” (consisting of “deviations”, “blocks”, “oppositions” and “absorptions”) and the postures of the body and arms designed to allow an attack while remaining protected from the opponent’s reactions.

Even bare hand movements and tactical approaches derived from the techniques studied with the use of weapons are used, such as, for example, the “sinawalli” movement (which derives from the use of two arms of equal length, one for each hand) or the ” gunting “(which foresees, in the defensive phase, the destruction of the adversary limb, armed or not, which is carrying the attack), as well as the” movements on the triangle “.

SECOND APPEARANCE: the lower limbs contemplating the use of kicks and knee strokes. Also in this case, we study the uses of the limbs both for the attack and for the defense, also applying here the concept of gunting.

The kicks provided  in Personal Defense systems can be of any type, although “low” kicks are almost always preferred: kicks taken at a height higher than the groin, by Filipinos / Indonesians are considered dangerous for those who perform them, in how much they lend themselves to ready and decisive reactions from the adversary, such as a grip of the kicking leg with consequent imbalance and projection, or an against-kick that hits any of the numerous areas left exposed when kicking (support leg, groin or the same kicking leg according to the provided schemes applying the “gunting”) or, worse still, the wound (even serious) of the kicking leg if the opponent is armed with a cutting weapon or “blow”:

certainly you will never see Filipino / Indonesian martial arts fighters trying to “disarm” an attacker armed with a knife or “machete” with a kick to the armed hand.

THIRD APPEARANCE: it is the “struggle”, or rather the “control”, “imbalance”, “projection” and above all the “levers” techniques, which are particularly important in the Kombat Silat for their use also in the techniques of disarmament. In our system we prefer couple exercises that develop the “sensitivity” and that are the bare hand variant of the respective exercises performed also at gunpoint.