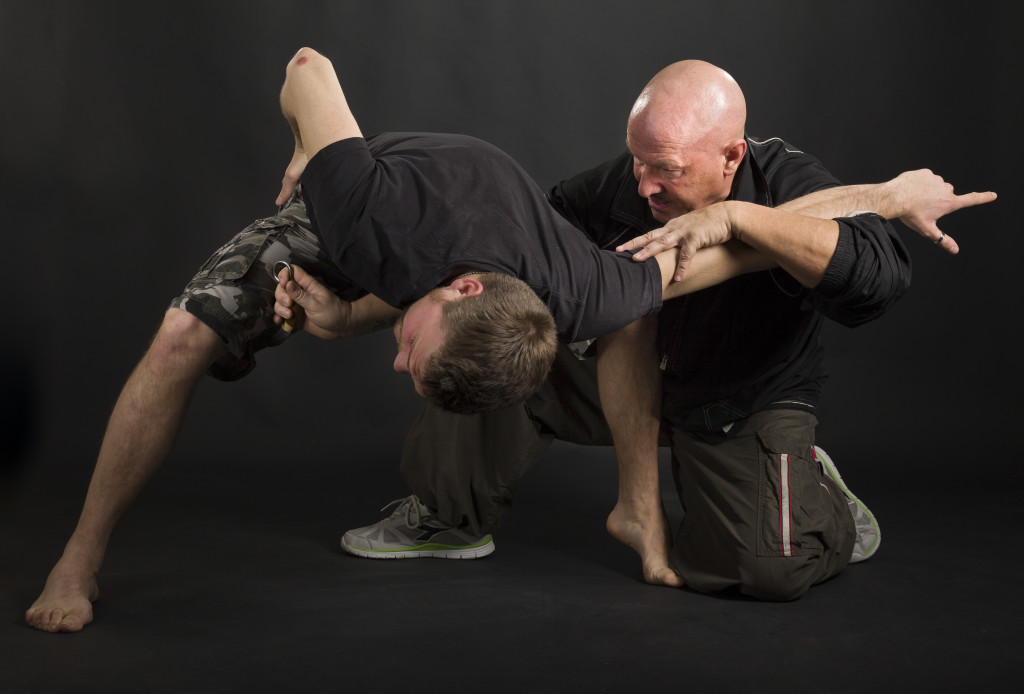 FIGHTING ON THE GROUND

The Kombat Silat is a very particular method of personal defense, which is detached from the classical systems due to the variety of unusual and effective techniques that are produced. Combat is often considered against multiple attackers, so in addition to landing it is important to make the opponent quickly incapacitated.

The fight on the ground is even more ruthless than Brazilian Jujitsu, indeed, hitting the joints of the landed opponent is a fundamental principle of this system. The weak points like throat, genitals, and eyes are the main points on which to direct one’s strokes. First of all, the main objective is to keep the attacker at a distance and not approach him to fight. Second, once forced to full contact on the ground, one behaves exactly like standing, that is, we look for those “holes” in the guard of the aggressor with techniques designed to finalize as soon as possible, making the aggressor harmless. In almost all the struggles we start with words and inevitably we end up with tugs, thrusts or projections and when we are on the ground, if we do not react quickly, the situation becomes even more dangerous. The ground guard before contact is very similar to the standing guard. Both the arms and the legs are positioned on the Central Line. Whenever the aggressor approaches with his legs we will try to push him away, aiming at the knees using kicking techniques very similar to those used in standing.

As mentioned above; Let’s try to CONCLUDE THE FOOT FIGHT: the road is not an MMA ring and the tactic is not worth “I bring the opponent down and I break his arm”! THE GROUND can be ACCIDENTED: curb of the pavement, puddles, broken glass, stones, passing cars, etc. Furthermore, in a RISSA (or when we have not noticed the presence of other adversaries) a kick on the nape or in the face, while we are dealing with the first opponent on the ground, it is certainly KO!

However it can be inevitable to end up on the ground: because suddenly taken and dragged to the ground, stretched by a blow to the face or stumbled or slipped for our distraction. Very often it can happen that you fall along with the aggressor during a fight started standing. In this case the goal will be to free yourself as soon as possible, place your foot between you and him and kick to move him away and get up again. In addition to the danger reasons listed above, once on the ground, in a few seconds a strangulation or two punches in the face can leave us there permanently! It is therefore necessary to use lightning fast the basic techniques of the Kombat Silat: “BODY DEFENSE” (protect my vital points), blows carried towards EYES, THROAT, GENITAL AND COORDINATION OF THE WHOLE BODY TO GENERATE THE MAXIMUM POSSIBLE FORCE able to free itself from the grip of the adversary.