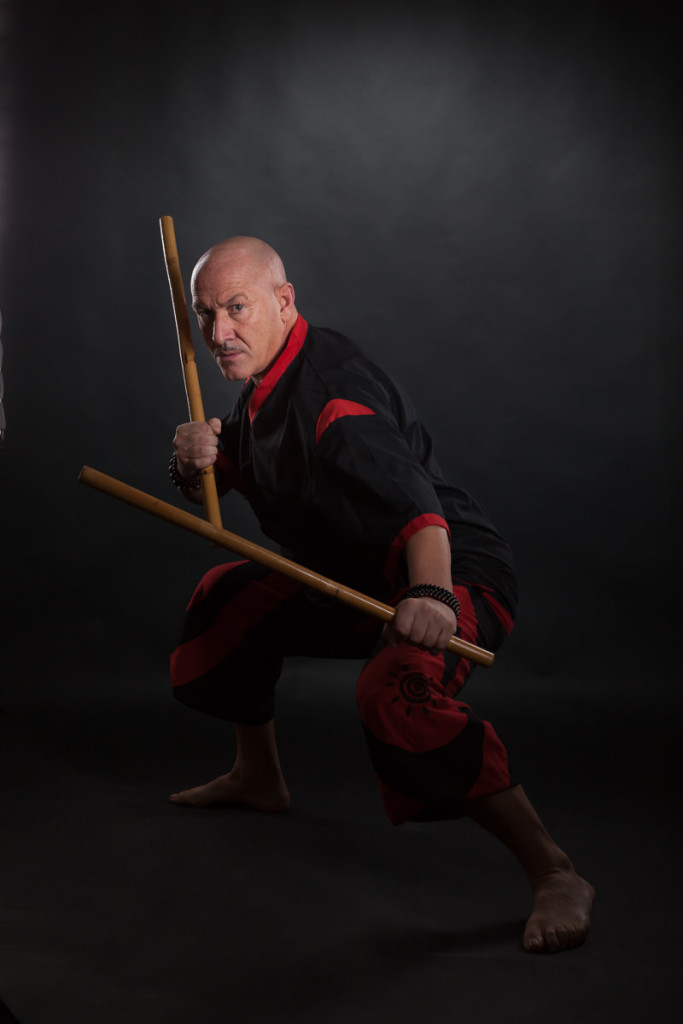 Eskrima o Escrima is an ancient, Filipino fighting system, also known as Kali or Arnis de Mano, or even as FMA (Filipino Martial Arts). The basic techniques taught are extremely simplified. In a short training, with little time to train, only the simplest techniques are those that can actually be used effectively in battle.

In earlier times, this allowed the indigenous tribesmen, without any military training, to defend themselves from other tribes or even from the aggression of foreign armies. Because of this first approach, the Escrima may seem erroneously a very simple martial art to learn.

Many believe that the origin of the Escrima is found in the Indonesian martial arts, which have their roots in KUNTAO and SILAT.

Modern training methods tend to take less care of footwork and foot techniques (which, moreover, are assimilated with exercises as was done in ancient times) and low body positions (which however were adopted by not many Arnis / Escrima), focusing more and more on direct techniques, more suited to be learned by those who do not have the opportunity to spend a time for these disciplines and that may seem more effective, especially in contexts where an immediate reaction is required that does not involve years and years of training to be acquired. The most striking feature of Escrima is that you start studying by learning right away to use weapons.

Subsequently yes, the most striking feature of Escrima is that you start studying by learning to use weapons immediately. Then we move on to unarmed combat by applying techniques, movement families and combat tactics learned with weapons. According to the Filipino masters, having the availability of a weapon puts you ahead during a fight, moreover, while learning movements and techniques, using a weapon focuses attention and speeds up movements: qualities that become useful even in the unarmed and indispensable clash in the event of an armed opponent facing each other by hand. Despite the fact that the Kali-Arnis-Escrima is known above all for the use of weapons (especially white weapons for cutting and percussion), in this art there is also a vast technical repertoire in the field of bare hand combat that covers both the clash between unarmed opponents, and the unarmed defense by armed attack, making it one of the most complete martial arts combat systems.